Jordon John Webb, known to us in One Shepherd as simply “Jay” entered our community in the fall of 1998 and began the warrior path at age sixteen. He graduated Camdenton High School in central Missouri just two years later, and enlisted in the Marine Corps in the summer of 2000. 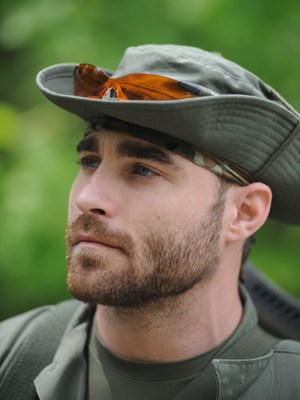 With the Marines Jay attended the USMC School of the Infantry, Marine Corps Martial Arts Program (MCMAP), the Less Than Lethal weapons course, and the Assault Climbers Course where Jay found peace through the sport of climbing.

As a young non-commissioned officer in the Marines Jay attended the Squad Leaders Course, the Visit Board Search & Seizure (VBSS) Course for maritime security, the Direct Action Raid course, and attended what is colloquially known as the “Black Side” shooting package – a three month program on close quarter marksmanship.

In the months after the September 11, 2001 attacks, Jay served a year tour with the Maritime Special Purpose Force (MSPF) of the 13th Marine Expeditionary Unit. He deployed to work with the indigenous military forces of Kuwait, Pakistan, Kenya, Singapore and Australian Defense Forces.

Prior to the invasion of Iraq in March 2003, Jay was reassigned to the STA Scout-Sniper Platoon of 1BN, 4BDE Marines in the 1st Regimental Combat Team (RCT). Jay served with 1RCT in the push to Baghdad during Operation Iraqi Freedom, and continued to serve with the Marines until the summer of 2004 when he finished his four-year contract.

He remained in California for the next couple of years working security at high-end clubs, but returned to Missouri in 2006. No sooner had Jay returned home than he contacted One Shepherd and volunteered as a cadre instructor.

Over the next four years Jay poured himself into One Shepherd, mentoring dozens of young men and women, and shaping them as leaders. Jay earned the One Shepherd Black Hat instructor certification in 2008, and assumed the staff position as One Shepherd’s S5 Marketing Officer from 2008 until 2010.

Jay has been inspirational. His faith in One Shepherd is unwavering and he willingly advocates our leadership program to individuals and government agencies alike. He continues to push our training program to new limits, and demands in each warrior a dedication to the leadership arts.

In 2010 Jay took leave from the S5 Marketing position to start his business in Osage, Missouri. Red Point Industries produces apparel and safety products for climbing and spelunking. Yet Jay remains an invaluable part of the One Shepherd cadre of instructors.

In Jay we see the refinement of the Warrior-Shepherd. He is physically powerful. He is mentally sharp. Yet his heart is kind and generous. Jay has served his nation abroad and his community at home. Most importantly, Jay continues to shape the mind and spirit of young leaders here in Missouri. And for his tireless and inspiring work, we are very honored to recognize Jay as a Warrior-Shepherd.