“A warrior who picks up too many stones, soon drops all of them.” – Native American proverb

I’ve heard the grumbling for a handful of years now. This mild dissention is understandable. An artillery captain in the 10th Mountain Division at Ft. Drum, NY tells me his troops train so little on their guns that they can barely pass their firing battery.

Two NCO squad leaders serving in the 3rd Infantry Divisions at Ft. Hood, TX complained that their troops no longer train for dismounted patrols. They insisted that many Soldiers pull four years of service and never again put on face camouflage after they complete the School of the Infantry. 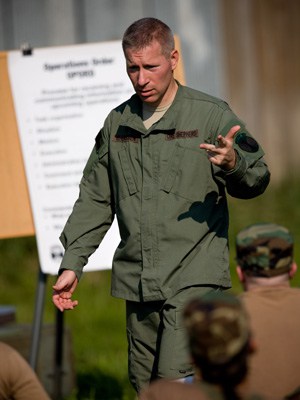 Another periodical recently printed a story titled “Is Ranger School still relevant?” Not surprisingly the active-duty Soldiers offering expert perspectives eventually opined that yes, Ranger School is still relevant and necessary. But they were quick to agree that after ten years of war, few Soldiers required any particular school for promotion points – or even to improve the way they conduct the business of prosecuting the current wars. Indeed, one Ranger insisted that the unique focus on dismounted patrolling operations during Ranger School seemed a bit of an anachronism in light of today’s mechanized and motorized urban operations.

The question as to where training should be focused is an important one. I certainly don’t mean to make light of it. Yet each time this conversation comes up, I’m reminded of something my mother said years ago about the women’s liberation movement. A former newspaper editor and field archivist for the State of Missouri, she insisted, “A woman can have it all! She can be a student, mother, wife, lover, professional, home keeper, educator and green-thumb in her own garden. But not all at one time. No one can wear that many hats at once. It takes a lifetime.”

Perhaps there is wisdom in this approach to training for the full spectrum of military operations.

Full Spectrum Operations (FSO) might best be described as a continuum from sustainable peace to total warfare between to industrialized states or non-state antagonists. Our Armed Forces train for each phase of that continuum. Why? Because the separate phases are not static, that is, each phase can quickly escalate up to a higher level of violence, or it may ratchet down in conflict toward a steadier and sustainable peace. Our Soldiers, Marines, Airmen and Sailors are expected to perform competently and professionally in all phases of FSO.

Although there are numerous phases and even hybrid phases of FSO, it might be easier to think of it in a four-phased continuum – Kinetic Operations, Counterinsurgency, Stability Operations, and Peace Operations.

This is maneuver warfare in its most advanced form. It might entail “total war” between two or more industrialized nations such as the last world war when militaries bombed entire cities of their enemy. In more recent years it has at least been the means by which one military gains entrance into another region or state, such as the United Nations coalition during the Persian Gulf War. 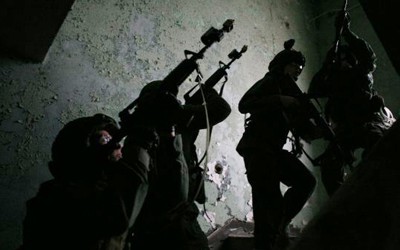 Along with Kinetic Operations (KO), counterinsurgency (COIN) makes up what we think of a “traditional” military operations. Under the definition of COIN falls a wide variety of conflict, from internal insurgencies and counterinsurgencies, to border conflicts and infiltrating forces meant to disrupt the legitimate government. Such conflicts may occur both with or without the help of Foreign Internal Defense (FID) from another nation, coalition or cause.

In the wake of either KO, COIN or even natural disaster, Stability And Reconstruction Operations (SARO, formerly SASO) conduct every conceivable mission from transportation and security support to humanitarian refugee relief, to political election support, to economic reconstruction under such Other Government Agencies (OGA) as US Department of State Provincial Reconstruction Teams (PRT) and Non-Government Agencies (NGA) like the International Monetary Fund (IMF). SARO becomes an alphabet soup of agencies and organizations attempting restore sustainable peace, health and prosperity to a damaged region or nation.

Clearly the US military takes something of a backseat as shaping and sustaining operations during SARO, and allows NGO/OGA to take the lead on the decisive operations. Yet this sort of unfathomable coordination requires substantial training.

If any time during SARO and COIN stability is lost to unrest, the situation may quickly escalate to KO. In general terms that level of violence is perceived to be a unacceptable outcome. And even though in the short run KO might remove a dangerous adversary, violence is not sustainable indefinitely. In short, the solution requires more than just military might.

The implied strategic objective then is to move toward Peace Operations (PO). Along with SARO, PO makes up what is called Military Operations Other Than War (MOOTW, pronounced “moo-twah”), to use the proper vernacular.

Yet PO, too, is very complicated and takes many forms. Peacekeeping, for example, involves the use of foreign troops to a region or nation when one or more of the adversarial parties invites said peackeepers in. This is quite another matter from Peace Enforcement whereby the foreign military forcibly enters the region to put down violent unrest.

Peacekeepers are highly regulated and highly limited in terms of their mission as well as their rules of engagement (ROE). After all, they have been invited into the region for specified task. Peace Enforcement has considerably less limitation on its mission or ROE, and so tends to see more immediate results. By way of example, consider the depressingly ineffective United Nations Peacekeeping mission to Bosnia in the early 1990s, compared to the very effective NATO Peace Enforcement in Bosnia just four years later.

Again, whether we’re talking traditional military operations such as KO and COIN, or MOOTW such as SARO and PO – each of these missions require careful preparation and training on the part of our military.

Why train for MOOTW missions? Because if we instead enter these endeavors half-heartedly we slip into what is colloquially called mission creep that ends in debacles such as the 1983 Beirut Bombing or the 1993 Battle of Mogadishu. Our military force loses its focus and finds itself engulfed in quagmire.

Yet with training, our military enjoys the prestige and confidence of successful operations such as in Banda Aceh, Indonesia after the devastating natural disaster of a tsunami. Too, we’ve enjoyed recent successes in quelling the conflicts in Bosnia and Kosovo while seeking workable solutions.

So where are we today? Policymakers have clearly and perhaps wisely chosen to address the conflict we’re facing right now, immediately.

This means that the focus is now on the various missions lower on the FSO continuum, being COIN, SARO and PO. Indeed, other than future weapon development projects that continue to see their budgets cut, little effort at all has been placed on training for KO. Funding for curriculum development, training facility and training schedules have all but turned their back on traditional warfighting skill sets.

Frustrations due to this policy are felt all the way around. Leaders within the theaters of operation demand less funding for future stealth technology for the Navy and Air Force, and more funds to prosecute the development of their Areas Of Responsibility (AOR). Likewise, career Soldiers understand that the Contemporary Operating Picture (COP) is a temporary snap shot in time. It has changed in recent years, and will change again soon enough. They want to divide the resources in order to achieve some semblance of balance in training for FSO.

It’s easy to appreciate the argument. It’s much more difficult to employ a solution that satisfies everyone.

On one hand, we have the historic image of the numerically superior French army at Agincourt. They were excellent at waging battle with their heavy cavalry, virtually unbeaten until that October day in 1415. Unwilling to recognize that the battle in front of them had changed drastically with the introduction of the English longbow archer, the French continue to fight the fight they wanted rather than to do what was necessary to win! And of course it ended disastrously for the French.

On the other hand, we have the historic image of waning Roman Empire and the relaxing of the standards for its once powerful and capable Legions. Once the sharpness of its armies were lost, so too were the Empire’s diplomatic and economic forms of coercion. Soon after, Rome itself would fall to invasion at the hands of more powerful armies.

My colleagues over at Gun Control International (http://guncontrolintl.com), a weapon skills training company that hosts exchange training courses with One Shepherd, has a simple motto: “Training is not an option. It is a way of life.”

I appreciate that sentiment because it suggests that there is no pinnacle peak to reach in training. There is no time or place or measure that we come to as warriors where we can say, “Okay, now I know enough to stop learning.”

Training is an ongoing lifetime pursuit. We train for the conflict at hand, first and foremost. We also build training for future conflicts. And if we’re very clever in our training programs, we’re careful not to unlearn the lessons of our past conflicts.